The following is just one of several blog posts relevant to High Efficiency Milling. To achieve a full understanding of this popular machining method, view any of the additional HEM posts below!

Advancements in the metalworking industry have led to new, innovative ways of increasing productivity. One of the most popular ways of doing so (creating many new buzzwords in the process) has been the discovery of new, high-productivity toolpaths. Terms like trochoidal milling, high speed machining, adaptive milling, feed milling, and High Efficiency Milling are a handful of the names given to these cutting-edge techniques.

With multiple techniques being described with somewhat similar terms, there is some confusion as to what each is referring to. High Efficiency Milling (HEM) and High Speed Machining (HSM) are two commonly used terms and techniques that can often be confused with one another. Both describe techniques that lead to increased material removal rates and boosted productivity.  However, the similarities largely stop there.

High speed machining is often used as an umbrella term for all high productivity machining methods including HEM. However, HEM and HSM are unique, separate machining styles. HSM encompasses a technique that results in higher production rates while using a much different approach to depth of cut and speeds and feeds. While certain HEM parameters are constantly changing, HSM uses constant values for the key parameters. A very high spindle speed paired with much lighter axial depths of cut results in a much higher allowable feed rate. This is also often referred to as feed milling. Depths of cut involve a very low axial and high radial components. The method in general is often thought of as z-axis slice machining, where the tool will step down a fixed amount, machine all it can, then step down the next fixed amount and continue the cycle.

High speed machining techniques can also be applied to contoured surfaces using a ball profile or corner radius tool. In these situations, the tool is not used in one plane at a time, and will follow the 3 dimensional curved surfaces of a part. This is extremely effective for using one tool to bring a block of material down to a final (or close to final) shape using high resultant material removal rates paired with the ability to create virtually any shape.

HEM has evolved from a philosophy that takes advantage of the maximum amount of work that a tool can perform. Considerations for chip thinning and feed rate adjustment are used so that each cutting edge of a tool takes a consistent chip thickness with each rotation, even at varying radial depths of cut and while interpolating around curves. This allows machinists the opportunity to utilize a radial depth of cut that more effectively uses the full potential of a given tool. Utilizing the entire available length of cut allows tool wear to be spread over a greater area, prolonging tool life and lowering production costs. Effectively, HEM uses the depths associated with a traditional finishing operation but boosts speeds and feeds, resulting in much higher material removal rates (MRR). This technique is typically used for hogging out large volumes of material in roughing and pocketing applications.

In short, HEM is somewhat similar to an accelerated finishing operation in regards to depth of cut, while HSM is more of a high feed contouring operation. Both can achieve increased MRR and higher productivity when compared to traditional methods. While HSM can be seen as an umbrella term for all high efficiency paths, HEM has grown in popularity to a point where it can be classified on its own. Classifying each separately takes a bit of clarification, showing they each have power in certain situations.

Check out the video below to see HEM in action! 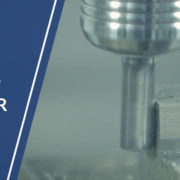 3 Steps to Shutting Up Tool Chatter 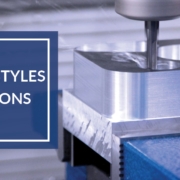 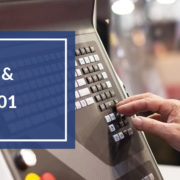 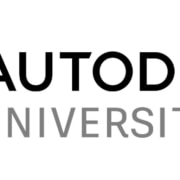 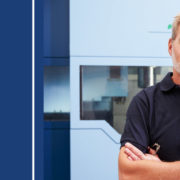 How to Become a Machinist
1 reply