Work hardening is often an unintentional part of the machining process, where the cutting tool generates enough heat in one area to harden the workpiece. This makes for a much more difficult machining process and can lead to scrapped parts, broken tools, and serious headaches.

Soften Up Work Hardening With Harvey Tool’s Speeds and Feeds

During machining, the friction between the tool and the workplace generates heat. The heat that is transferred to the workpiece causes the structure of the material to change and in turn harden the material. The degree to which it is hardened depends on the amount of heat being generated in the cutting action and the properties of the material, such as carbon content and other alloying elements. The most influential of these alloying elements include Manganese, Silicon, Nickel, Chromium, and Molybdenum.

As previously stated, work hardening can create some serious problems when machining. The biggest issue is heat generated by the cutting tool and transferring to the workpiece, rather than to the chips. When the heat is transferred to the workpiece, it can cause deformation which will lead to scrapped parts. Stainless Steels and High-Temp Alloys are most prone to work hardening, so extra precaution is needed when machining in these materials.

One other issue that scares a lot of machinists is the chance that a workpiece can harden to the point that it becomes equally as hard as the cutting tool. This is often the case when improper speeds and feeds are used. Incorrect speeds and feeds will cause more rubbing and less cutting, resulting in more heat generation passed to the workpiece. In these situations, machining can become next to impossible, and serious tool wear and eventual tool breakage are inevitable if the tool continues to be fed the same way.

How To Avoid Work Hardening

There are a few main keys to avoiding work hardening: correct speeds and feeds, tool coatings, and proper coolant usage. As a general rule of thumb, talking to your tooling manufacturer and using their recommended speeds and feeds is essential for machining success. Speeds and feeds become an even bigger priority when you want to avoid heat and tool rubbing, which can both cause serious work hardening. More cutting power and a constant feed rate keeps the tool moving and prevents heat from building up and transferring to the workpiece. The ultimate goal is to get the heat to transfer to the chips, and minimize the heat that is transferred into workpiece and avoiding any deformation of parts.

While friction is often the main culprit of heat generation, the appropriate coating for the material may help combat the severity. Many coatings for ferrous materials reduce the amount of friction generated during cutting action. This added lubricity will reduce the friction on the cutting tool and workpiece, therefore transferring the heat generated to the chip, rather than to the workpiece.

Proper coolant usage helps to control the temperature in a cutting operation. Flooding the workpiece with coolant may be necessary to maintain the proper temperature, especially when machining in stainless steels and high-temp alloys. Coolant-fed tools can also help to reduce the heat at the contact point, lessening work hardening. While coolant-fed tools are typically a custom modification, saving parts from the scrap heap and using more machine time for the placement part will see the tool pay for itself over time. 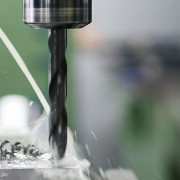 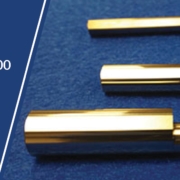 Show Us What You #MadeWithMicro100 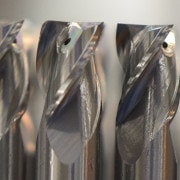 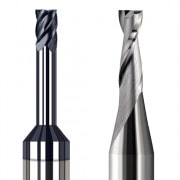 How Material Specific Tooling Pays Off 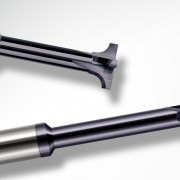 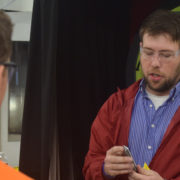